$3.4M NIH ONES Award to Study the Impact of Wildfire Smoke on Human Health 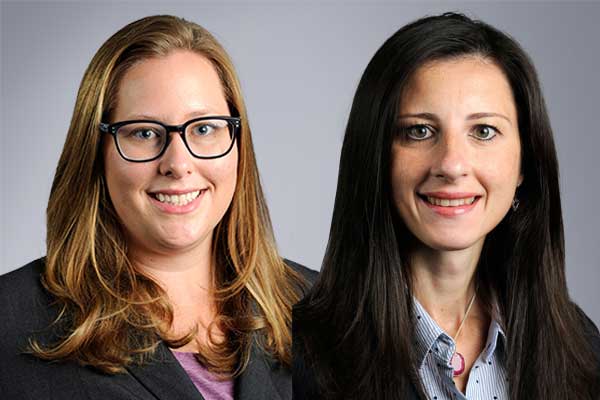 Wildfires continue to burn out of control while an ever-growing number of people live in their paths. That’s why two Northeastern bioengineering professors have set out to determine the health risks associated with prolonged wildfire smoke inhalation.

The stakes are high since the intense heat of wildland fires produces fine and ultra-fine particles that can penetrate deep into the lungs and can enter the circulatory system, thereby damaging extrapulmonary and distant organs. And when the fires sweep through abutting neighborhoods, they ignite a host of household materials that produce a lethal inferno of airborne toxins.

Little is known about the long-term effects of wildfire smoke inhalation, according to Jessica Oakes, an assistant professor of bioengineering, who is co-leading this study

“The focus of our study is not just the impact of burning vegetation, but also the health risks associated with the combustion of common household materials,” says Chiara Bellini, an assistant professor of bioengineering and co-leader of the study. “We expect to find that these materials are even more dangerous than the smoke from burning vegetation.”

“Most of the studies focus on short-term exposure of a week or two,” says Oakes. “We want to know if there is a cumulative effect to repeated exposures.”

The study is financed by a 5-year, $3.4 million grant from the National Institute of Environmental Health Sciences. It is a prestigious Outstanding New Environmental Scientist (ONES) award, which is given to select young investigators who have demonstrated excellence in environmental health research.

Oakes and Bellini plan to use complex computational modeling and conduct live experiments on mice using a smoke mixture that mirrors the composition of wildfire smoke in the forests and chaparral of California. In addition to burning trees and brush, the experiments will focus on two highly toxic household items—plastics and the polyurethane foam common in furniture and bedding.

The ultimate goal of the study is to make policy recommendations on such issues as evacuations and the types of materials that should be avoided in new construction in the Wildland Urban Interface (WUI).

Smoke from wildland fires has been linked to higher rates of death and disease, which is a growing concern as the environment becomes more unstable and wildfires increase. A few statistics tell the story:

Oakes and Bellini started at Northeastern on the same day in the fall of 2016. They had met at a conference that summer and as newcomers to Boston and the newest members of the Bioengineering Department, they quickly gravitated toward one another. With adjacent offices in Northeastern’s new Interdisciplinary Science and Engineering Complex (ISEC), they had ample opportunity to talk about their research.

“We decided we would make a good team because we have complementary expertise and compatible personalities,” says Oakes.

Oakes has focused her career on the pulmonary system, concentrating on computational fluid dynamics and controlled animal studies. Bellini, in turn, has focused on the cardiovascular system, combining experimental and computational tools. They have filled out their multidisciplinary team with a fire protection engineer at the University of California-Berkeley and a statistician at the Tufts University Medical School.

This is the third federal grant the duo has been awarded over the past five years. The first was a 2017 FDA grant to study the long-term cardiopulmonary effects of electronic cigarettes. A year later, they earned a three-year, $1.5 million grant from the Federal Emergency Management Agency (FEMA) to study the impact of smoke on wildland firefighters.

“This grant is more focused on the general population,” says Oakes. “We will use the tools we have developed over the last six years to generate exposure conditions in the lab that mimic what humans experience in the Urban Wildland Interface.”