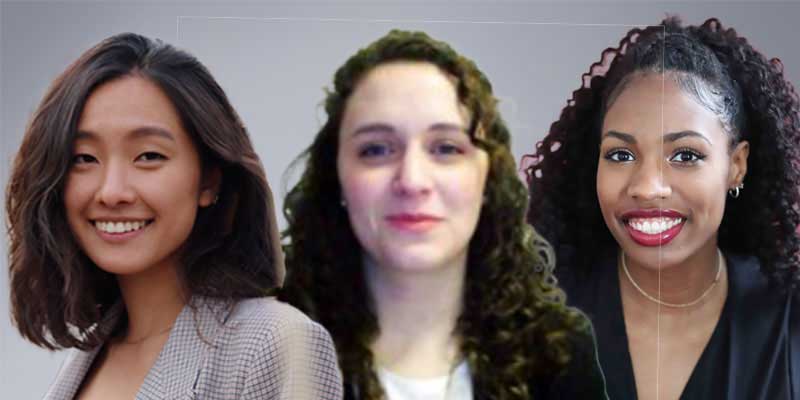 Engineering students won Northeastern’s inaugural 2021 Women Who Empower Innovator Awards for their entrepreneurship. Emily Man, E’19, and ME’19, bioengineering, and Valeria Martinuzzi, ME’18, bioengineering, were first place winners in the Young Alumnae Graduate Award category for their work on Venova Technologies, which is developing a novel contraceptive device for women. Gabrielle Whittle, E’21, mechanical engineering, was a first place winner in the Undergraduate Student Award category for her company Phoenix Footwear, which is developing a transformable high heel shoe.

Northeastern University recognized 19 women who are graduates or current students at Northeastern at the inaugural 2021 Innovator Awards. They are receiving a total of $100,000 in grants to help fuel 17 business ventures. Women Who Empower received more than 150 award applications representing more than a dozen countries and all of Northeastern’s colleges.

Five awards of $10,000 each went to first-place winners in five categories, including engineering students for two projects:

Emily Man, E’19, and ME’19, bioengineering, and Valeria Martinuzzi, ME’18, bioengineering, for their work on Venova Technologies, which is developing a novel contraceptive device for women. After realizing the percent of women deprived of reproductive rights around the world, the two sought to launch an acceptable and affordable solution to bettering women’s health outcomes—and Venova Technologies was born to develop a new hormone-free and metal-free birth control method for women. The duo chose the name Venova, which combines the word venus to represent women and nova meaning new, to represent a new, empowered woman, the way they hope users feel after accessing the novel contraceptive device they’ve created. Read about their novel contraceptive device.

Gabrielle Whittle, E’21, mechanical engineering, for Phoenix Footwear, which is developing a transformable high heel. Whittle sees engineering as a perfect outlet for combining her curiosity for math and science with her passion for the arts and creative expression to effect positive change. Her knowledge and interests laid the groundwork for founding Phoenix Footwear, a brand that centers on the empowerment of women through comfortable and fashionable shoes. With Phoenix Footwear, Whittle is becoming the woman she aspired to be in her college admissions essay, someone who feeds her artistic spirit, but also solves real-world problems, like the infamously painful women’s high heel. Read more about her entrepreneurship journey.

Runner-up awards of $5,000 each went to eight businesses run by women. Another four women received honorable mention awards of $2,500 each.

In a span of 10 days, Women Who Empower received more than 150 award applications representing more than a dozen countries and all of Northeastern’s colleges, inspiring Diane MacGillivray, Northeastern’s senior vice president for university advancement, to raise additional funds to recognize the worthy recipients.

“I’m completely overwhelmed by the number and the quality of the submissions we received,” says MacGillivray, who created Women Who Empower with trustee and chair emeritus Henry Nasella to invest in women with entrepreneurial aspirations. “It is so reflective of the talent in Northeastern’s student and alumni community in terms of innovation and entrepreneurship. It was really, really hard to delineate between those who won the top prizes, and the others who ultimately were selected as finalists.”

“We were not just looking on the merits of the business or the idea,” says Nasella, a Northeastern graduate in accounting. “What really stood out to me was the outstanding leadership and contributions and skills that these women all demonstrated pretty significantly—and that’s what I think should be celebrated the most. I’ve been an investor for a long time, you get excited when you meet people like this.”