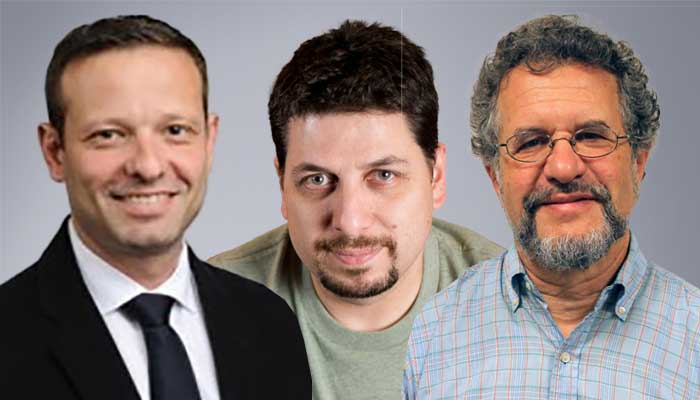 BioE/ECE Affiliated Faculty Eugene Tunik, ECE Professor Deniz Erdogmus, ECE Research Professor Dana Brooks, and COS Professor Susan Whitfield-Gabrieli were awarded a $400K NSF MRI grant for the “Acquisition of a controllable pulse transcranial magnetic stimulator with robotic positioning and integrated EEG / EMG for engineering and neuroscience research and education.” This is a highly competitive award and the instrument will only be the second of its kind in the country and only the fourth or fifth in the world and will be used for collaborative research.

Understanding the brain’s role in behaviors such as movement, cognition and emotion is paramount to progress in science and engineering, and to advancing improvements in health and wellness. Invasive approaches in animals cannot be readily adapted to humans, creating a technological barrier to causal study of the brain in awake behaving humans. One promising approach in humans, transcranial magnetic stimulation, uses magnetic pulses to noninvasively and safely modulate brain activity. However, stimulators modulate brain cells (neurons) indiscriminately, which prevents studying how distinct neurons drive behavior. This award will facilitate the acquisition of a cutting-edge stimulator that allows scientists to modulate specific neuron populations in the brain. The system includes an integrated positioning robot for precise localization and recording devices that read physiological signals from the brain or muscles to objectively quantify the effects on different neural populations and behavior. This instrumentation will enable discoveries that will catalyze new research in the study of brain and behavior. Crucially, the instrumentation paired with the proposed education plan will create unique training opportunities for students in STEM and health science, lowering the barrier of entry for underrepresented students, including persons of color and women. The project leverages Northeastern University’s experiential education model and various diversity/inclusion initiatives to support research by diverse (under)graduate and K-12 students and teachers.

The project proposes the acquisition of a controllable-pulse transcranial magnetic stimulator capable of differentially modulating specific neural populations in the human brain, with integrated robotic positioning and electroencephalography and electromyography recording. This instrumentation will be the only such system in the Northeastern US. As part of the Northeastern University Non-Invasive Brain Stimulation Center, it will enable unprecedented basic science research into human neurophysiology and brain-behavior relationships, and significant advances in fundamental engineering research in stimulator development, automated robotic positioning, stimulation-induced artifact removal in physiological recordings, closed-loop stimulation, and artificial intelligence / machine learning algorithms. Allowing researchers to control stimulus waveforms and to differentially activate distinct neural populations will enable a scientific scope of work that will transcend multiple disciplines including motor and affective neuroscience, cognition, memory, development, aging, and biophysical modeling of brain physiology. The proposed diversity and education plan enabled by this instrument will lower barriers for underrepresented minority students to engage in cutting-edge experiential STEM education. The project’s impact will be profound on science and technology innovation, as well as in training a new, diverse, interdisciplinary workforce to drive this field forward.

This award reflects NSF’s statutory mission and has been deemed worthy of support through evaluation using the Foundation’s intellectual merit and broader impacts review criteria.