Desire for Well-Rounded and Global Experiences Leads to Fulbright Nomination 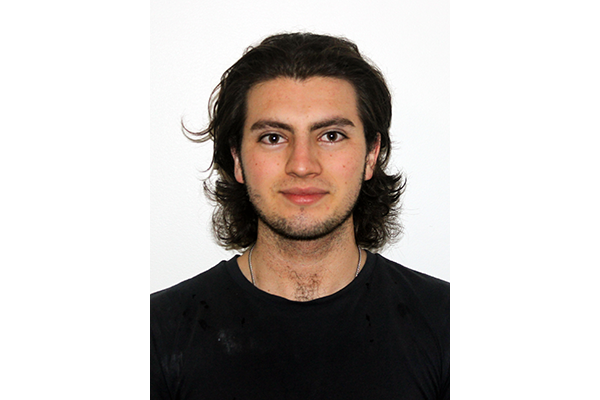 Some people spend their entire lives living, studying and working in the same city or town. For Rodrigo Blanco Bravo, E’22, bioengineering, this was not an option. “I wanted to understand how the rest of the nation works,” Blanco Bravo says. “It was important for me to get out and experience how life works.”

Inspired by the prospect of “getting out of the bubble,” Blanco Bravo decided to leave California and headed east to Boston to pursue his bachelor’s degree at Northeastern.

Blanco Bravo initially chose Northeastern because he was attracted to the diverse student body with its population of many international students. “I wanted a well-rounded experience with perspectives from a myriad of countries,” he says. Blanco Bravo also appreciated that the university encouraged students to study abroad and participate in experiential learning.

Blanco Bravo entered Northeastern majoring in both pre-med and bioengineering, although he later decided to focus more on the latter. “It was interesting to me because I got to see how the world works,” Blanco Bravo says. “I saw the engineering of living systems. I saw there were also systems that could be applied to not only the human body, but also the environment and trees.”

But Blanco Bravo wanted to take full advantage of his undergraduate experience, both in and out of the engineering program. He also enjoyed studying French, which allowed him to study abroad in Paris, and Lyon, France. In fact, it was through his different classes and diverse experiences that Blanco Bravo discovered his true passion for environmental sustainability.

Blanco Bravo confirmed his passions and interests during his most recent co-op at Green City Growers, where he worked as a horticulturist and used engineering to help maintain sustainable practices. During that experience, Blanco Bravo also worked as a farmer and worked with building farms. “I really fell in love with working with my hands,” he says.

Inspired by his interest in food security and agriculture, and his desire to help fight climate change, Blanco Bravo knew he needed more skills to contribute to the world in the way he wanted. This led Blanco Bravo to be recently nominated for a Fulbright award, which will allow him to pursue a master’s degree in biodiversity and conservation at the University of Exeter in England.

“I would be going to a place at the forefront of climate change, where they really focus on making the world a better place,” Blanco Bravo says.

Although he has to wait until January to hear if he makes it to the Fulbright interview stage, Blanco Bravo is excited about the many paths he could pursue after his graduation in 2022. “For me, I think where I would be most helpful is making solutions,” he says.

Blanco Bravo also credits his varied academic, study abroad and co-op experiences with enriching his time at Northeastern and encourages future students not to focus too heavily on a singular thing: “School is important, but being in college is a lot about finding who you are.”