It Started with a Mentor 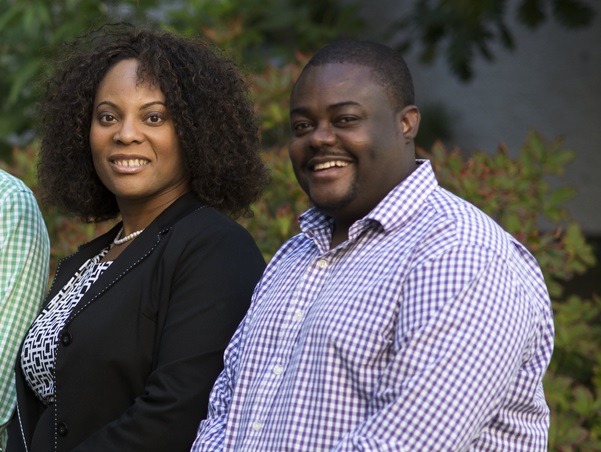 After earning his bachelor’s degree at City College of New York, Solomon Mensah, PhD’19, bioengineering, chose to further his education at Northeastern for its entrepreneurial atmosphere, and to study under his undergraduate mentor who joined Northeastern, Associate Professor Eno Ebong, chemical engineering and bioengineering.

While studying and researching at Northeastern, Mensah founded Therapeutic Innovations in 2014, a company that redesigns medical devices so that they are less expensive and easier to use for developing countries. The company’s goal is to improve children’s quality of life by providing them with affordable life-saving devices.

On a trip to Ghana, Mensah learned that respiratory problems among newborns, particularly premature babies, are common, but equipment to help them was scarce. Having grown up poor in Ghana, he was driven to help others like him—using the knowledge, engineering skills, and entrepreneurial spirit he gained at Northeastern. “I realized I could do something about this,” he says.

IDEA, Northeastern’s student-led venture accelerator, provided Therapeutic Innovations with gap funding for a bubble continuous positive airway pressure (CPAP) machine for neonatal infants with respiratory distress syndrome in Africa and India. He also connected with Boston-area mentors through the university’s Health Sciences Entrepreneurs program and partnered with the College of Engineering’s student-led product development studio Generate to test technical aspects of the product. The project proved to be a massive success.

Mensah received a $50,000 National Science Foundation grant as part of its I-CORPS program for his CPAP project in 2017. He was also a finalist in the 2016 MassChallenge. In 2018, Mensah was selected to present his pitch, “Re- Examining the Design of the Neonatal Bubble-CPAP for Application in the Developing World,” at the 15th annual Global Health & Innovation Conference at Yale University. This convention gathers more than 2,000 leaders and innovators in social entrepreneurship and global health from around the world to pitch their ambitious projects.

Now, Mensah is a new father, and an assistant professor at Worcester Polytechnic Institute in the Department of Biomedical Engineering. One of his graduate classes is titled “Medical Device Design for Global Health.” The publication Cell Mentor has named Mensah and Ebong among 1000 inspiring Black scientists in America.