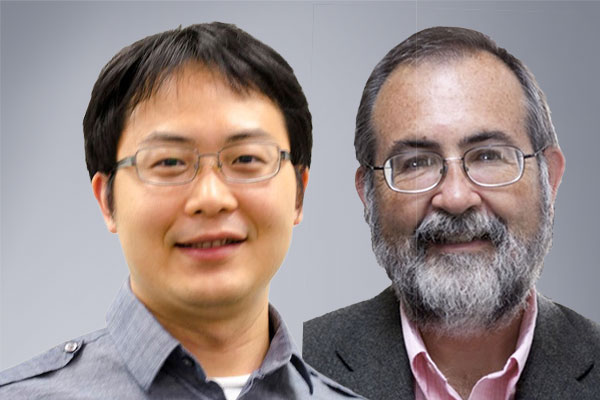 One of the fundamental questions in biology is to understand the roles of the gene regulatory networks driving cellular decisions. MicroRNAs (miRNAs) are small RNA molecules that bind to the mRNA of target genes, acting as regulators of gene expression. Previous studies have demonstrated the critical roles of miRNAs in a variety of biological processes such as cell growth and cell differentiation. However, what is still not well-understood concerns possible synergistic effects from multiple miRNA molecules targeting different binding sites of the same mRNA and concerns how miRNA interactions operate within a complex gene regulatory network. To address these issues, an interdisciplinary platform that combines genome editing, live-cell imaging, and mathematical modeling will be developed in this project. The broader impacts of the project from the University of Texas at Dallas side will include support for the International Genetically Engineered Machine (iGEM) team and developing custom educational modules for local schools (Plano ISD) and summer camps, organizing public educational events at the interface of the biological and physical sciences, and the recruitment of underrepresented minorities. From the Northeastern University side, the group will take advantage of the investigators’ participation in the NSF Center for Theoretical Biological Physics ongoing diversity efforts to recruit undergraduates from under-represented to work on this project, and spearhead an effort to create a modeling and computational track for undergraduate Bioengineering majors. Finally, both groups will be directly involved in reaching out to local biomedical groups to create more appreciation for the types of rapid progress that can be made by combining advanced tools such as CRISPR with state-of-the-art computational methodology including both mechanistic studies and machine learning approaches.

Lying at the heart of intricate relationships that determine the epithelial-mesenchymal transition (EMT) and mesenchymal-epithelial transition (MET) phenotypes is a core regulatory unit that consists of transcription factors and microRNAs. The project will focus on miRNAs targeting the master transcription factor (TF) families of EMTs, SNAIL and ZEB during the cellular decision process of EMT in multiple cell lines. The team will first perform CRISPR-based screens and custom genome and base editing modifications on miRNA binding sites that are located at the 3’-UTR of the transcription factor families SNAIL and ZEB. The effects of binding site modifications in EMT and isolated respective clones will be evaluated. Second, the team will prepare and optimize an RNA imaging platform in live cells and measure time-series data and population distributions for miRNA, mRNA and protein levels of corresponding genes. Using this data, the team will develop stochastic kinetic models of miRNA regulation and infer the combinatorial effects of multiple miRNA species binding to multiple sites of the same mRNA. Third, the team will integrate the kinetic models for each miRNA interaction into full transcription factor-miRNA network models for different cell lines. The models will be refined by calibrating model predictions with experimental observations on the distributions of gene expression and the distribution of cells in various EMT states. This project brings together investigators who have extensive experience in genome editing/systems biology (Bleris), epithelial–mesenchymal networks (Levine), and systems biology/mathematics (Lu).