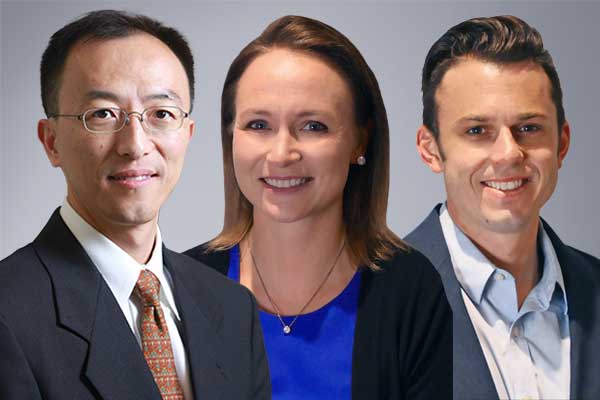 BioE Associate Professor Guohao Dai, ChE Associate Professor Abigail Koppes, and ChE Assistant Professor Ryan Koppes received a $2M grant from NASA titled “Bioengineer Long-lasting 3D Neurovascular Microphysiological System to Model Chronic Inflammation-mediated Neurodegeneration”. The goal of this project is to bioengineer a long-lasting 3D neurovascular model for up to 6 months. Such a model is valuable to evaluate the impact of chronic stressors on the brain, such as drugs, environmental toxins, bacterial/viral infection, inflammation in neurodegeneration, as well as microgravity and radiation in long-term space flight.

Dr. Dai’s team is one of eight teams that were selected by NASA from hundreds of proposals across the nation. Dr. Dai will lead a team of investigators including Dr. Ryan Koppes, Dr. Abigail Koppes from the Department of Chemical Engineering, Dr. Jenny Zou and Dr. Roland Friedel from Mount Sinai Medical School. The team will apply bioengineering technologies such as gene editing, microfabrication, real-time molecular imaging to build, and validate the long-lasting neurovascular chip in an automated fashion. If successful, the team will also have the opportunity to send their model system to the International Space Station (ISS).

“We are very excited that NASA recognizes our work. Building a functional vascular system not only has a broad impact to human diseases on earth but is also valuable in studying the effect of microgravity and radiation on astronauts during space flight.” Dai said.