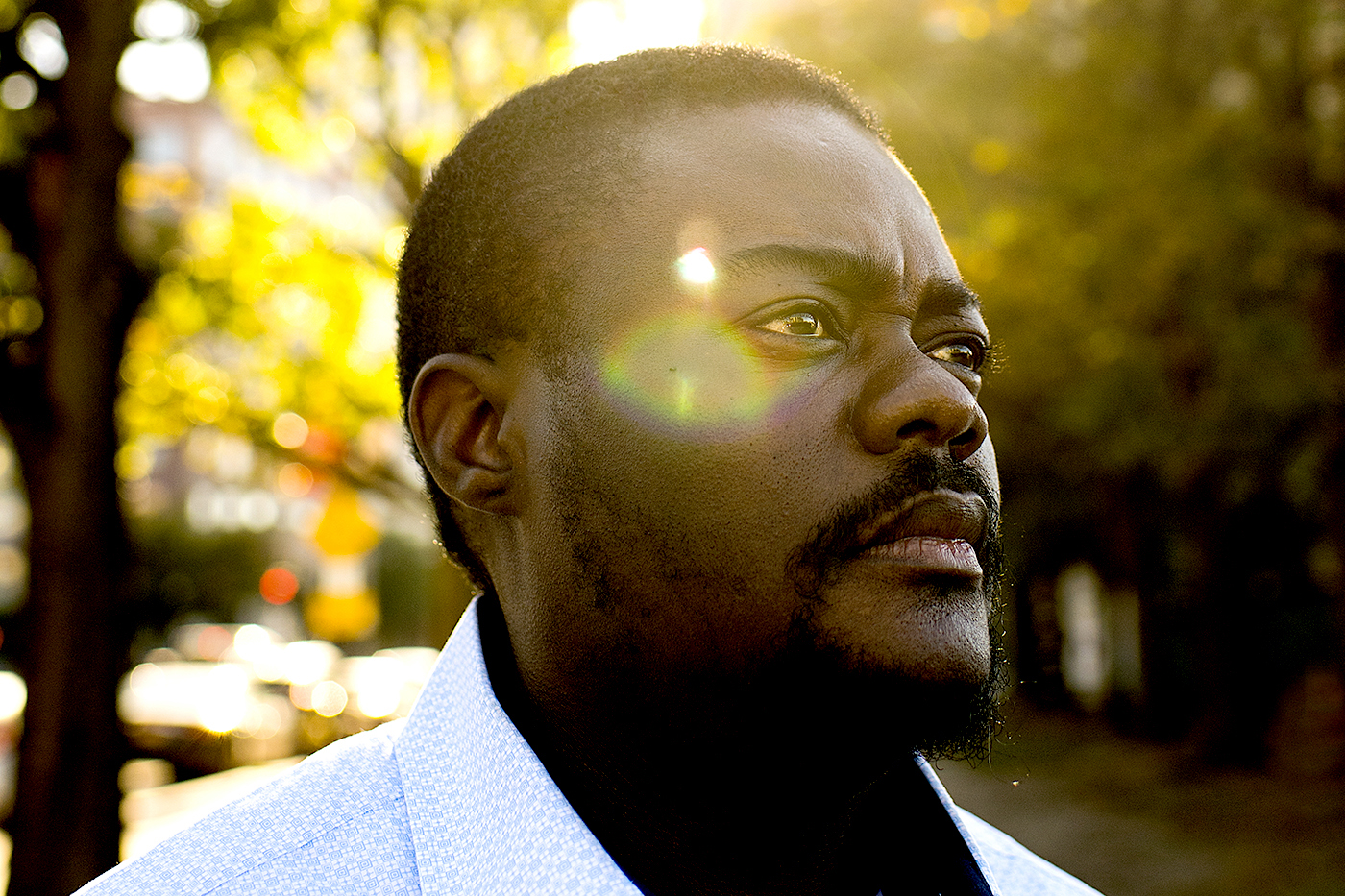 BioE PhD student and co-founder of Therapeutic Innovations, Solomon Mensah, has developed a device called Airbaby which will help deliver ambient air and oxygen to premature babies allowing them to breathe.

Northeastern University doctoral candidate Solomon Mensah is traveling through Ghana and India this month on a quest to address a critical health need in the developing world: helping babies breathe.

Mensah co-founded Therapeutic Innovations in 2014 with the goal of redesigning cheaper, easier-to-use medical devices for developing countries. The company has since built a prototype, called the Airbaby, which features a facemask that delivers a combination of ambient air and oxygen to babies to help their lungs actuate and retain oxygen.

On a previous trip to Ghana, Mensah learned that respiratory problems among newborns, particularly premature babies, are common, but equipment to help them was scarce. Having grown up poor in Ghana, he said he’s driven to help others like him—using the knowledge, engineering skills, and entrepreneurial spirit he’s gained at Northeastern.

“I realized I could do something about this,” he said.

A newborn baby dies in Ghana once every 15 minutes, according to UNICEF. That’s approximately 29,000 newborn deaths each year, many of which are the result of breathing difficulties. Every year in Ghana around 140,000 babies—14 percent—are born premature and 8,400 of these preterm babies die in under 30 days.

Mensah said many places in the developing world lack medical equipment to treat premature babies, either because such devices are too expensive to purchase or too pricey to fix. A Bubble CPAP, which helps newborns breathe, can cost as much as $10,000. Mensah said his company hopes to sell a cheaper alternative for around $500.

“It was shocking to see the number of premature babies who die due to lack of medical devices or medical inventions,” said Mensah, a bioengineering student. “We need to be able to reengineer these types of devices to make them more affordable.”

The goals of the trip, Mensah said, include field-testing the prototype and learning how it can be improved and customized based on feedback from doctors and patients, as well as assessing hospitals’ infrastructure. Another key goal is to strengthen the company’s relationships in these countries.

After the trip, Mensah said, Therapeutic Innovations will focus on connecting with manufacturers and raising additional funding to build a manufacture-ready prototype, with the goal of having one ready by September 2019. The current prototype was built using stock medical-device parts that are readily available and inexpensive.

Therapeutic Innovations has also tapped into Northeastern’s entrepreneurial ecosystem. The company received gap funding from IDEA, the student-led venture accelerator, to help build the prototype and develop a market strategy. The company also connected with Boston-area mentors through the university’s Health Sciences Entrepreneurs program and partnered with the student-led organization Generate to test the device’s heating method to humidify the air it pumps into a baby’s lungs. In May, Mensah presented at the university’s Experiential PhD Expo.

The company was accepted into MassChallenge in 2016 and received a $50,000 grant from the National Science Foundation as part of its I-CORPS program in 2017. The program helps scientists and engineers extend their work beyond the university laboratory and accelerates projects ready to move toward commercialization.

Mensah said his company connected with a variety of experts in Ghana and India through the I-CORPS program including pediatricians, biomedical engineers, and medical device distributors, in order to validate his concept and finalize a path toward bringing the device to market.

“We got the sense that this product is really needed,” said Mensah, adding that he and his team will reconnect with many of these same experts while traveling there this month.